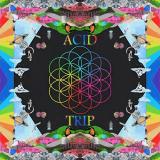 There are additional Coldplay song titles with a letter removed available.

There are additional Coldplay song titles with a letter added available.

There are additional Coldplay song titles with a letter changed available.

There are additional Coldplay Combined Groups that haven't been done yet available.

"Up&Up"
Better Lyrics:
Got to see the doctor because I'm feeling ill
I overdosed on my sleeping pills
I'm throwing up, I'm throwing up
Original Lyrics:
Fixing up a car to drive in it again
Searching for the water, hoping for the rain
Up and up, up and up
Submitted by: Ian
"Yellow"
Better Lyrics:
The car was shined for Mew
Original Lyrics:
The stars are shining for you
Submitted by: I.M.A

"Viva La Vida"
In 2008, Joe Satriani filed a lawsuit against Coldplay, alleging that "Viva La Vida" borrowed the verse melody from Satriani's song "If I Could Fly." The case was dismissed recently, with the judge deeming the similarities coincidental.
Submitted by: dxman

"Til Kingdom Comes"
This is track 13 of the "X&Y" album, intended for Johnny Cash to record before he passed away.
Submitted by: Agrimorfee

Broadway
Ever been to New York? It's COLD!
Submitted by: JC Foster
Winter Olympics
Cold + Play = Winter sports of a winter olympics
Submitted by: Peter