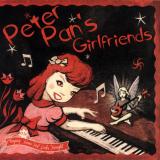 Known informally as: The Red Hots. Submitted by: Mickey D.

There are additional Red Hot Chili Peppers Combined Groups that haven't been done yet available.

"Give It Away"
On the Simpsons, Krusty asked the Red Hot Chili Peppers to change the line "What I got you gotta get and put it in ya," which is a parody of "Girl we couldn't get much higher" on Ed Sullivan. However, we mortals did not hear that, only their underwear dance.
Submitted by: Witterquick
"Aeroplane"
A Program director for a radio station made a completley unofficial list of songs that may offend/remind people of 9/11. However this list was leeked out as being an official company policy, which was not true.
Submitted by: Optimus Lime
"Tell Me Baby"
In the censored version, the line "Life can be a little s****y" is changed to "Life can be a little kitty."
Submitted by: dxman

"Sir Psycho Sexy" Length: 8:15
From Blood Sugar Sex Magik. The ending of the song runs on for quite a while.
Submitted by: RevengeFromMars YouTube

"The Power of Equality"
In the beginning of the song, you can hear Anthony Kiedis say "Hey batter batter" a few times, followed by him saying "Swing", leading into the first verse.
Submitted by: JeReMy

"Two Songs that mention MANY states."
The songs "Dani California" and "Around the World" each mention more than five states, as "Californication" and "Especially in Michigan" only mention one.
Submitted by: JeReMy
"A mention of Anthony Kiedis' heritage"
In "Especially in Michigan", the line "A rainy Lithuanian dancing with an Indian" is about his great-grandfather (who's from Lithuania) and his mother (who has some Mohican blood)
Submitted by: JeReMy
"Native American Pride"
RHCP vocalist/lyricist Anthony Kiedis has Mohican Native American blood. The defiant snarling 1989 song "Johnny, Kick A Hole In The Sky" is a crude explicit display of outrage against the 500 year + genocide of Native American peoples and a prideful stance of Kiedis' heritage.
Submitted by: Power to the Red People!
"Abbey Road EP "
On the cover of this 1988 EP the band are crossing the same street (Abbey Road) that the Beatles did on their "Abbey Road" album cover in 1969. What's notoriously different this time is that the Chili Peppers are walking nude with those famous long tube socks covering their ding dongs!
Submitted by: Star Warrior