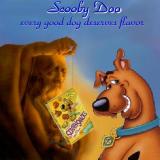 Known informally as: The Moodies. Submitted by: Cyhunt

"Tights in Manhattan" by Jim Rotondo
a parody of "Nights in White Satin" by The Moody Blues
Dramatic Tire Pump solo w/ Manhattan slideshow in the middle.
YouTube: (Video)
(Leave a Comment)

There are additional Moody Blues Combined Groups that haven't been done yet available.

"Nights in White Satin" Length: 7:40
Most radio stations pay an edited version, but the album version includes a long musical interlude and a concluding poem, "Late Lament."
Submitted by: Raphael

"I Never Thought I'd Live to Be a Million" Length: 0:33
Submitted by: Joe Pearson
"My Little Lovely" Length: 1:45
Shortest Moodies song that I know of not including Graeme's poems... I'm pretty sure this was Ray's last song before he left. :<
Submitted by: Cyhunt

"The Voice"
It was late August 1981 and I heard this song on the radio. The album it was on, "Long Distance Voyager", had already topped the U.S. album charts and that week the droid spaceprobe Voyager II had arrived at planet Saturn, taking zillions of photos and expanding our scientific knowledge tremendously. After this song was done playing the DJ said "Long Distance Voyager II". Geddit?
Submitted by: Night Owl

"Just A Singer In A Rock & Roll Band / Seventh Sojo"
If you don't pay attention to the lyrics, it just sounds like a powerful song about confusion & angst. If you study the lyrics, it calls for a person who sings in a rock band to help change the world in a mysterious way that only he knows, but not control it, like the Who's Tommy tried. I do rock vocals, & I seem to be the only one who knows about a mysterious way to help change the world, by ending confusion, but I would not rule it, even if everyone begged me to. I plan to use my musical abilities to help spread the message & unite all peoples peacefully, so it's like pure prophecy, but no one except a person in my position would be aware of it. I tried to ask the band what inspired the very unusual scenario, but they never replied. ( If anyone wants to know more about this, you can contact me through the website listed below my parodies here. )
Submitted by: Fred Snider

"Poems"
On the albums "Days of Future Passed", "In Search of the Lost Chord", "On a Threashold of a Dream", "To Our Childrens, Childrens, Children", "Question of Balance", and "Strange Times" drummer Greame Edge would recite a poetic monolouge on the album.
Submitted by: Paul Warren

Psychiatric services
They're moody and also have the blues? Bipolar!
Submitted by: Chamelienne

"In Your Wildest Dreams"
A 1991 Drama film which is a Series
Submitted by: Paul Warren

"The Story in Your Eyes"
but no story in your hands or elsewhere
Submitted by: Rychendroll

In Search of the Lost Chord On the Threshold of a Dream The Best of the Moody Blues