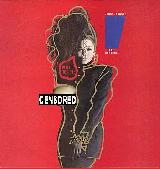 "Bad Barber Again" by Below Average Dave
a parody of "Together Again" by Janet Jackson
Originally written in 2009, I finally decided to record it today in 2015. It's a personal favorite among Janet's song, but the hair in her music video inspired the parody.
soundclick: (mp3)
(Leave a Comment)

People in the USA
Are we goin' back to the old way of life?
We are a part of a divided nation
Segregated Black & White
Justice slumbers, where the Reb Flag flies
Hope dies
We are a part of a divided nation, Y'all
Original Lyrics:
This is a test
No struggle, no progress
Lend a hand to help
Your brother do his best
Things are getting worse
We have to make them better
It's time to give a damn
Let's work together, come on

People of the world today
Are we looking for a better way of life
We are a part of the rhythm nation
People of the world unite
Strength in numbers we can get it right
One time
We are a part of the rhythm nation
Submitted by: Robert D. Arndt Jr.
"All Night (Don't Stop)"
Better Lyrics:
Open my boobies Justin
You make me hot
Original Lyrics:
As long as it's funky
This rhythm makes me hot
Submitted by: Jori
"Together Again"
Better Lyrics:
Get a rug and poo
Original Lyrics:
Together again too
Submitted by: Cayla

Jean's Not Jack Submitted by: Sammy
Of course not! They're two different people.

"Any Time, Any Place" Length: 7:08
Appearing on the album janet., this is her longest song to date.
Submitted by: Redsimba
"Say You Do" Length: 6:48 (US album version)
Perhaps rather atypically, the UK album version is more than a minute shorter. An even shorter version, 3:48, also exists
Submitted by: Ra'akone

"Can't Be Stopped"
While "Special" is listed as the last track on the Velvet Rope, another song titled "Can't Be Stopped" plays 30 seconds later.
Submitted by: Redsimba
"Whoops (now)"
on her Cd titled "Janet." the very last track is this cute song. It's funny that there is no mention of it on the Cd, because on her DVD titled "Design Of A Decade", the music video for the song is listed.
Submitted by: nick adams
"Special"
the last song from "The Velvet Rope" is "Special" one of the best songs from this CD
Submitted by: nick adams

"Showing breasts during halftime of the Super Bowl"
Wardrobe malfunction? This happened during the halftime show of Super Bowl XXXVIII, which was televised live during the "family" hours. Her blouse suddenly ripped apart as soon as Justin sang the last line of "Rock Your Body", ("Hope to see you naked by the end of this song") making the malfunction excuse hard to believe. Janet was wearing nipple rings, so the nipples were slightly blocked. She did apologize later, but it's sad that this and being Michael's sister are the only non-music things she'll now be now for.
Submitted by: She Soul
"Wardrobe Malfunction"
Best known for her "wardrobe malfunction" during the 2005 Super Bowl halftime show
Submitted by: Millie Verst Design of a Decade