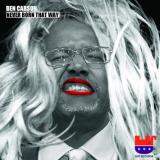 Known informally as: Lady Caca. Submitted by: All We Hear Is Radio GaGa

There are additional Lady Gaga Combined Groups that haven't been done yet available.

Whatever your business needs

We are at Seaside, Seaside Silk Screening

We have everything your business needs

Come check us out

I want your everything as long as it's free

I want your love

Love-love-love, I want your love
Submitted by: Mickey D.
There are additional parody fragments available.

"Fibromyalgia"
She’s one of the 14 million Americans to have the chronic pain condition, even though doctors don’t know what caused it.
Submitted by: Dayna

"Eh-Eh (Nothing Else I Can Say)/The Fame"
This is what "Cherry, Cherry, Boom, Boom" means: "Cherry Cherry Boom Boom is the pseudonym of songwriter and music producer Martin Kierszenbaum. He has previously also used the following aliases for his writing and production: B. Recluse, K-Bomb, Hennesy Williams, MK Chilly Dog and Robots to Mars." -from CherryCherryBoomBoom.com
Submitted by: Robert D. Arndt Jr.
"The Fame (album)"
At the start of both "Eh Eh (There's Nothing Else I Can Say)" and "I Like It Rough", Lady Gaga and a synchronised male voice respectively will say "Cherry cherry boom boom". What this means I don't know from Adam.
Submitted by: Jakko Wakko
"Poker face"
This song is filled with sexual/brutal innuendo. She says it is about being bisexual and when laying with a man, he can't read her "poker face". Actually, "poker face" is about oral sex and should be spelled "poke her face". Listen to the reprise that goes P-P-P-P-P-P-P poker face. The second time through It is P-P-P-P-P-P-P F*ck her face
Submitted by: Willie Burger

"Dognapping"
In early 2021, Lady Gaga's dog walker was shot while walking her two bulldogs. At last report, the dog walker was recovering from his bullet wound to the chest. Lady Gaga had her two dogs returned to her unharmed, but so far leaving mysterious why the dogs were taken and by whom. Speculation has abounded, including a theory that someone was seeking revenge against Lady Gaga for singing at President Joe Biden's Inauguration!
Submitted by: Pact Like Sardines
"Major Wardrobe Malfunction/Gun Bra"
While performing at the Rogers Areana in Vancouver, Canada on Jan 11, 2013 Lady Gaga had a major wardrobe malfunction when her Versace latex catsuit costume came apart while she was singing "Heavy Metal Lover." Her pants split up the middle when she bent over, leaving her fishnet stockings exposed as well as her half her rear-end! Mother Monster didn't seem to care and continued on. Her gun-bra caused more controversy by agitating anti-gun foes in the audience!!!
Submitted by: Robert D. Arndt Jr.
"Being The Target Of Much Protest By The WBC"
There's a You Tube video of the supposedly Christian group Westboro Baptist Church protesting against Lady Gaga outside the Fox Theatre in St Louis. Lady Gaga has been the subject of much controversy because she supports GLBT rights. The WBC vehemently opposes any rights for GLBT people and proclaims that "God hates fags!"
Submitted by: Celeste
"Continued Weight Gain Controversy"
"Adele is bigger than me, how come nobody says anything about it?” Lady Gaga said in a new interview, shocking the music community and offending Adele fans. In addition, a false news report stated that Gaga had been offered endorsements by Jenny Craig and Weight Watchers has proven to be totally unfounded and inaccurate. Gaga is on a strict weight loss plan and intends to prove it by performing completely topless in a NEW over-the-top "Cannabis Queen" Halloween outfit when she gets back down to her normal weight or thinner!
Submitted by: Robert D. Arndt Jr.

There are additional Products Bands Should Endorse Based on Their Name available.