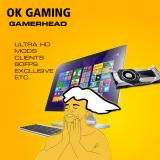 There are additional Radiohead song titles with a letter added available.

There are additional Radiohead song titles with a letter changed available.

"Pie and Pie" by Todd Rickert
a parody of "High and Dry" by Radiohead
A song about a person who is hopelessly betrothed to eating pie.
Soundcloud: (MP3)
(Leave a Comment)
"Crepe" by Matthias
a parody of "Creep" by Radiohead
Part of my on-going "Parodies Rock" project in which I parody all of the songs in Rock Band. This one was a super easy one to record and to write, as well as being a perfect title sub so I had to do it.
www.badave.com: (French pastries)
(Leave a Comment)

There are additional Radiohead Combined Groups that haven't been done yet available.

"Creep"
it was dubbed too depressing for young teenagers by the PMRC and various other associations.
Submitted by: Meghan

HAD: "High And Dry"
Submitted by: Brian Kelly

"Like Spinning Plates"
"Like Spinning Plates" was born when some members of Radiohead were playing an electronic version of another of their songs, "I Will", backwards. Thom heard it and thought that the reverse melody sounded better than the original one, so he wrote new lyrics to the backward melody. The first four lines of the song were recorded Thom singing backwards and then reversed. As a result, the first four lines have backward-sounding forward lyrics. The original song "I Will" was later rearranged for and released on the album "Hail to the Thief".
Submitted by: B1982
"Fitter Happier"
In this "song", you don't hear Thom singing. Instead, you hear a computer voice speaking to the piano melody playing in the background. This "song" is really out of place on the album "OK Computer".
Submitted by: B1982

"Kid A"
Be sure to pop open the Jewel case that your CD came in when you purchase this. Hidden inside the tray is an illustrated booklet that you can look at while you listen to the CD and ponder the meaning of it all.
Submitted by: Agrimorfee

"Like Spinning Plates"
Radiohead originally made this song by reversing a demo version of another song, "I Will", which they later recorded for their next album (Hail to the Thief, 2003) in a different arrangement. If you play "Like Spinning Plates" backwards, you can hear similarities to "I Will" in the chord progression and Thom Yorke's vocal melody.
Submitted by: Nat

"Amnesiac"
The back cover says "Radiohead. Amnesiac. Store away from direct sunlight, preferably in a dark drawer with your secrets. See inside for details."
Submitted by: Lee

Hail To The Thief