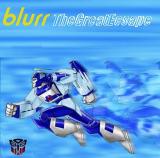 There are additional Blur song titles with a letter removed available.

There are additional Blur song titles with a letter added available.

There are additional Blur song titles with a letter changed available.

Bluer
Blue combined with Blur
The bands' names differ only by their last letter, so why not combine them and make the comparative form of the first band's name?
Submitted By: Ed
Blur Guns 'N' Roses
Blur combined with Guns N Roses
i.e., Blur the distinction between guns and roses.
Submitted By: Sarah Topsian

"Alex’s Song"
It’s a normal song except the fact the vocals are Alvin and the chipmunks collab
Submitted by: Clever Name
"Alex's Song"
The sessions for the End of a Century B-sides must of been really obscure, because they are humours. Alex's Song has high pitch "blade like" vocals. Kind of like a chipmunk song, as people keep calling songs with high pitch vocals.
Submitted by: Lee

"Me, White Noise"
On the CD rewind back from track 1 into the pregap to -6:50 and then take your finger of the rewind button. You now get to listen to 7 minutes of a drunk Phil Daniels singing about looking at a wall which tells you to f*** off because it isn't a mirror, whooshing off in an underground train, people going in the room for a pair of marraccas and how everybody kicks a football.
Submitted by: Lee

"Sounding Like A Video Game Character"
The lead singer sounds like a character in a 2007 video game "Ratchet & Clank Future: Tools of Destruction", especially in the song "Parklife".
Submitted by: JeReMy

"The Great Escape"
In the booklet, there is a picture of Neuschwanstein Castle (the same photo as on the Country House single cover) and underneath this photo it says "Warning: Private Property". This doesn't mean anything as such and is just a quirk in the packaging.
Submitted by: Lee

Opticians
Get new specs and avoid a blur.
Submitted by: Pickle 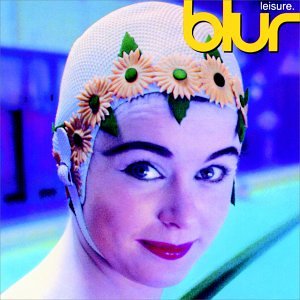