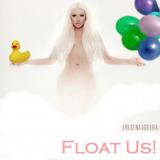 "Genie In A Bottle"
Better Lyrics:
If you wanna smoke some weed
Come to the alley and find me
I'm a crackhead in an alley
But I smoke either crack or weed
Original Lyrics:
If you wanna be with me baby
There's a price to pay
I'm a genie in a bottle
You gotta rub me the right way
Submitted by: Reeses
"Fighter"
Better Lyrics:
Made me want to eat some more black beans
Made me want to eat some more All-Bran
Made me want eat some more chickpeas
So thanks for making me eat fiber
Original Lyrics:
Made me learn a little bit faster
Made my skin a little bit thicker
It makes me that much smarter
So thanks for making me a fighter
Submitted by: C&C Cookie
"Dirrty"
Better Lyrics:
My clothes are getting DIRRTY!
I think it's time to do the LAUNDRY!
I spilled alotta punch at that PARTY!
My pants are all SNOTTY!
It's about time to do the laundry!
Original Lyrics:
Wanna get rowdy
Gonna get a little unruly
Get it fired up in a hurry
Wanna get dirrty
It's about time that I came to start the party
Submitted by: Brittney :D
There are additional parody fragments available.

"Dirrty"
I forgot to mention that this song was banned by the producers of YTV's Hit List for the same reason that Justin Timberlake's video was banned.
Submitted by: Celeste
"Dirrty"
Much Music places the following disclaimer at the begining of this video...
"Okay the following video contains scenes which may not be suitable for all viewers.
VIEWER DISCRETION IS ADVISED!
"
Submitted by: Celeste

"Having Her Erogenous Zone Pierced"
It's been widely rumored in the Dirrty video that people could see piercings in her erogenous zone. All I have to say to that is Ugh gross!
Submitted by: Celeste