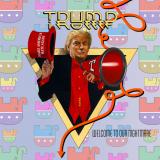 There are additional Alice In Chains Combined Groups that haven't been done yet available.

"Rooster"
banned from Clear Channel Radio after 9/11
Submitted by: weirdkid106

"Love Song"
Hidden at the end of Sap, the song goes on for about three minutes. All the band members switched instruments with drummer Sean Kinney singing through a megaphone, and playing piano, singer Layne Staley playing drums, guitarist Jerry Cantrell on bass and bassist Mike Starr playing guitar. Starting off with Sean saying "love song, take one" and very strange crooning along with snorting noises and fart sounds, it turns into what sounds like thrash metal with lyrics like "I love you, I'm not coming back, bitch" and "kiss the midget". Anyone who saw them on the headbangers ball knew they were a bunch of goofballs, this just proves it even more.
Submitted by: Bass Dork

Chains
Not to hold Alice down. Thats illegal.
Submitted by: Travis Nothing Safe: The Best Of The Box [ENHANCED CD]