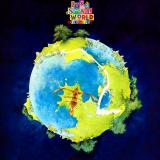 There are additional Yes song titles with a letter removed available.

There are additional Yes song titles with a letter changed available.

"Cans & Brahms" Length: 1:38
Instrumental on "Fragile"
Submitted by: Tim Kramar
"Five Percent for Nothing" Length: :35
This is actually the shortest song that Yes has ever released.
Submitted by: Paul Warren

"I've Seen All Good People"
In the ending of the segment 'Your Move', you can hear Yes sing 'Give Peace a Chance'.
Submitted by: Paul Warren

"Starship Troopers"
This movie was based on the novel of the same name
Submitted by: Paul Warren