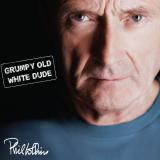 Known informally as: Patron Saint of Miami Vice. Submitted by: I Love Sussudio

"Easy Lover"
Better Lyrics:
Preachy liar
He'll can't tell the truth- believe it
A deceiver
That's why no one liked him down in D.C.
His ideas? Don't bother!
He thinks he's smart, but is a cheater
A REP tough talker (not a doer)
Anti-Trump Convention VIP
Original Lyrics:
Easy lover
She'll get a hold on you believe it
Like no other
Before you know it you'll be on your knees
She's an easy lover
She'll take your heart but you won't feel it
She's like no other
And I'm just trying to make you see
Submitted by: Robert D. Arndt Jr.
"Sussudio"
Better Lyrics:
“Little Havana” is stunned
D.C. with Castro thug?
O' stupido: "NO, NO!!!"
Give Commies a chance, forgive their crimes?
Forget all those that died?
O' stupido: "NO, NO!!!"
Original Lyrics:
Now I know that I'm too young
My love has just begun
Sussudio oh, oh
Ooh give me a chance, give me a sign
I'll show her anytime
Sussudio oh, oh
Submitted by: Robert D. Arndt Jr.
"Another Day in Paradise"
Better Lyrics:
Oh! So fine.

It's just another day for you and me in paradise.
Submitted by: I Love Sussudio
There are additional parody fragments available.

"In the Air Tonight"
Banned by the BBC during the Gulf War
Submitted by: Evan

"Colours" Length: 8:51
Phil wrote this song about apartheid. It changes pace in the middle. Not a bad song.
Submitted by: Brian Kelly
"In The Air Tonight" Length: 5:36
Submitted by: britrock

"Issues With His Back, Neck, And Legs"
Phil underwent surgery and rehab for his debilitating issues with his back, neck, and legs that forced him into semi-retirement back in 2012. But after months of rehabbing, he's ready to return to performing like he was even if he has to tape his drumsticks to his hands.
Submitted by: Celeste
"Hearing Problem, Spinal Injury"
he lost some of his hearing due to a virus in the early-mid 00's decade. After the last gig of a 2007 Genesis reunion tour Phil had to get metal pins put in his spinal cord. The injury is due to over 40 years of drumming. Phil made one last album of mostly Motown covers and for the drums he had to have them strapped to his hands because it's difficult for him to hold on to them. It looks like his music days are probably over because he can't really play instruments anymore. A sad pity, because this dude has talent up the yin-yang and I am lucky I got to see him live in a Genesis concert. Ain't nothing left to do but pull out an album where he appears on (and there are a lot of them), listen and enjoy : )
Submitted by: Turn It On, Turn It On Again

"Phil Is On Ark 2"
Phil Collins is one of the greatest entertainers of the past 50 years but before he was in Genesis and did solo and other work, he was in a psychedelic band called Flaming Youth and they released one album in October 1969, 'Ark 2'. 'Ark 2' is a space epic about humanity evacuating a dying planet Earth. Black Sabbath later had a song about that with 'Into the Void' and the glam metal band Europe scored a huge hit about the same with 'The Final Countdown' in 1986. Flaming Youth explored that theme in an entire album which was a bit revolutionary in 1969. A few bad words ('balls', 'bastards') and a couple of mature references (and one indirect ribald chant concerning UFOs) were too taboo for pop radio back then..This is not a pop album anyway, it's a ROCK gem that was at least 10 years ahead of its time in various ways. Musically the album would be considered as psychedelic or even 'proto-prog' and it has elements of classical, church hymn music, jazz rhythms, marching chants and pub sing-a-longs (with riverboat casino-style upright piano), 60s garage rock, and even some Beach Boys style guitar rock and BION a little bit of what would later by labeled by pundits as 'proto-punk'. It's a campy amazing musical mishmash and while there are a few lyrical and music style references to the 60s, the songs themselves stand up to the test of time. There's a lot of good albums by good bands in every decade that gets overlooked, sometimes because they are TOO far ahead. Look at what was dominating the Top 40 in 1969, some of it is gone and better left forgotten. After all, the legendary Jimi Hendrix never had a Top 10 hit. As the 60s turned into the 70s which led to the rise in popularity of turgid Muzak and corporate radio formats and butt-rock, this album got a bit overlooked. Another member of that band, Ronnie Caryl is now a guitarist for Phil's touring band. I saw Phil live in October 2018 and as he intoduced Ronnie he mentioned him being in 'my first band, Flaming Youth'. 'Ark 2' can be heard on YouTube, I recently got a UK CD copy from Amazon. It needs a US reissue in the wake of Phil's recent sold out tour. It's an amazing record that was just a bit ahead of its time beings that none of the songs were '45 single ready' nor did they have the usual Top 40 themes of 'love' or the hippy-trend of 'peace'. Epic albums like this would later become more common by mega-selling bands such as Pink Floyd and RUSH. And Phil had already appeared.in a few films and on stage earlier in his life, yet 'Ark 2' is the first recorded music album where he appeared.
Submitted by: Sussudio's Boyfriend
"'Dance Into the Light' album"
Nearly all Phil Collins albums (and some on CDs he's done in Genesis and maybe even Brand X) have drum machines. Phil is a multi-rhythm man - he likes to program a rhythm on a drum machine then top that off with HIS OWN playing on electric drums and of course his trademark SLAMMING on the acoustic drums. On this 1996 CD he does his usual drumming style of course but with heavier emphasize on eastern African rhythm techniques (and it gets frenetic, man!), A disclaimer in the liner notes states one clear thing: Phil literally plays ALL the beats HIMSELF here. It says, 'There's no drum machine on this one!'. Drumming scholars ought to listen to this CD and they'll see that Phil is one of the greatest drummers of all time.
Submitted by: Sussudio's Boyfriend
"'No Jacket Required' album"
The liner notes of this classic Diamond-seller lists all the instruments played in the album and by whom. That also includes 'The Odd Keyboard' but the liner notes doesn't say what is. Anyway, at the bottom it tells you what it isn't. It says, 'There is no Fairlight on this record'. So if the album doesn't feature a Fairlight CMI synthesizer then WHAT kind of synthesizers are being used, and where and for what? Your guess.
Submitted by: Sussudio's Boyfriend
"Rat Race"
he starred in the MIAMI VICE episode "Phil the Shill" and he wrote a song for the closing credits of that episode that has the line, "Life is a rat race, rat race, rat race....". It's not available on any Phil album and you won't hear it anywhere else.
Submitted by: Turn It On, Turn It On Again

"Tomorrow Never Knows"
Listen to this remake of a Beatles song. When it ends, turn the volume up high. For about 30 seconds, an echo-y version of "Somewhere Over the Rainbow" plays, but you need the volume and it's on the same track. He was warming up his voice when he sung this, and put it in as a joke.
Submitted by: Ra'akone

"Flip-It Book"
Phil is one of the greatest entertainers of the past 50 years - whether in bands like Flaming Youth, Genesis, Band Aid or Brand X; as a session player or as a solo artist. His 'box set' 'Plays Well With Others' is a 4-CD set of songs from the whole spectrum, from 'Guide Me Orion' from the 1969 album 'Ark 2' by Flaming Youth, to hits such as Frida from ABBA, to Band Aid in 1984, to his jazz combo to Prince's Trust benefits and more. The album is set up like a book with pouches for the CDs and text w/ pictures in between of Phil's illustrious career. On the bottom right corner of each right page there is a hand drawn picture of Phil playing his drums and whistling. If you flip this 'book' you can see it happen in motion! Give it a try.
Submitted by: Sussudio's Boyfriend
"Appeal to the Ladies"
I saw Phil Collins in concert last October And the Sold Out show featured people from many generations, all races + colors + ethnicities, and both sexes. I heard some individual women shout 'I love you, Phil!'. Of course, when it came to concert swag there were corremorative 2018 Tour t-shirts but there were some women's shirts that had a heart design on front and the title of one of his hits - 'Easy Lover'. Mhm.
Submitted by: Sussudio's Boyfriend
"Increasing American Vocabulary"
Phil starred on a MIAMI VICE episode ("Phil the Shill") as a British tax-evading conman and rip-off artist. He was a TV game show host, a televangelist and cocaine dealer. He is credited with introducing the word 'wanker' into the American slang lexicon.
Submitted by: Turn It On, Turn It On Again
"Sussudio"
We all know about Phil's #1 hit "Sussudio". BION, there are now women today who have that name. Google it, look in Classmates, look at FB, whatever. That name is there.
Submitted by: Sussudio Is My GF 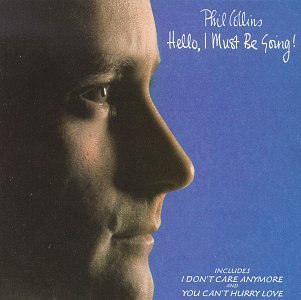