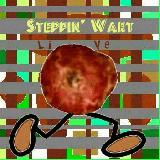 There are additional Steppenwolf song titles with a letter changed available.

"Born To Be Styled (John Edwards)" by Tommy Turtle, All Star Radio Networks (producer)
a parody of "Born To Be Wild" by Steppenwolf
The news that Edwards' campaign was paying for his $400 haircuts gave this a good run on the airwaves until Edwards dropped out of the race; then it was miraculously resuscitated when he "popped up" (so to speak) as the father of a child by an affair. Thanks, Johnny Boy! ... Posted with permission from All Star Radio Networks.
Soundclick: (mp3)
(Leave a Comment)

There are additional Steppenwolf Combined Groups that haven't been done yet available.

"Monster" Length: 9:15
Known as "Monster/Suicide/America", this song is a psychedelic point-of-view about America. It still speaks out today!
Submitted by: Paul Warren

"Worn To Be Biled" originally "Born To Be Wild"
Submitted by: Opie M.

"Born To Be Wild"
2011 nature documentary
Submitted by: Rick O'Shea