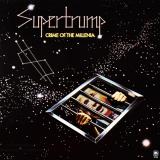 There are additional Supertramp song titles with a letter added available.

There are additional Supertramp song titles with a letter changed available.

There are additional Supertramp Combined Groups that haven't been done yet available.

"Fool's Overture" Length: 10:52
Most of the lyrics are in the end, but there is even a Winston Churchill recording in the song
Submitted by: rad
"Even in the Quietest Moments" Length: 6:29
From the album of the same name.
Submitted by: Ra'akone
"Fool's Overture" Length: 10:51
A rather long song by Supertramp, with a rather long intro, the first lyrics are not heard until 5:25, almost exactly halfway through. Due to the first words of those lyrics, some people think the song is called "History Recalls."
Submitted by: Ra'akone
"Try Again" Length: 12:03
The song was taken from the 1970 self-titled debut album.
Submitted by: Mickey D.

Brother Where You Bound

Crime of the Century

Even in the Quietest Moments... The Very Best of Supertramp, Vol. 2 The Very Best Of Supertramp