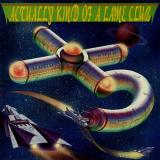 There are additional Blue Oyster Cult Combined Groups that haven't been done yet available.

"Burn In For You" originally "Burnin' For You"
Like burning out for someone is any better.
Submitted by: Peter

"Godzilla (live)"
That's right, it's on THEIR OWN 1982 live album 'Extraterrestrial Live'. The singer gives his introduction to the song and on the CD you hear, 'Holy *BEEP*, it's Godzilla!'. they didn't need to censor themselves here.
Submitted by: I Saw BOC Live Twice for FREE!
"Joan Crawford"
Banned from MTV having a disturbing part in the video were a girl finds her mom and a man sharing a moment
Submitted by: bob

"Yearnin' For Boo" originally "Burnin' For You"
Submitted by: neptunevsmars Workshop of the Telescopes