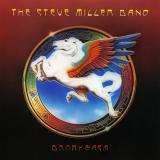 "Take The Money And Run"
Better Lyrics:
Peter T, is a TV host down in L. A.
And he always shows just exactly how to play
He tells the players to beware of the Whammies
He makes his livin' off of being on the airwaves
Bobbie Sue, oh, she hit one right away
Billy Joe, later had the the very same fate
They got no money, hey, and the Whammies got away
Dancin' across the screen and they're still dancin' today, singin
'I'm gonna take your money and run' (4x)
Original Lyrics:
Billy Mac, is a detective down in Texas
And though he knows just exactly what the fact is
He ain't gonna let those two escape justice
He makes his livin' off of other people's taxes
Bobbie Sue, oh, she slipped away
Billy Joe, caught up with the her the very next day
They got the money,hey, you know they got away
They headed down south and they're still runnin' today, singin'
Go on, take the money and run (4x)
Submitted by: twhamette

"Jet Airliner"
On the album we hear "and I don't want to get caught up in no
funky sh*t going down in the city". On the single edit played on the radio the profane word is replaced by "kicks".
Submitted by: Space Cowboy Toker

"Space Intro" Length: 1:14
Believe it or not, this is considered a separate track from Fly Like An Eagle on the LP FLAE...
Submitted by: G

Children of the Future