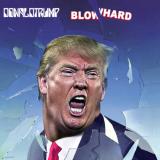 There are additional Scorpions song titles with a letter added available.

Scorpions Sting
Scorpions combined with Sting
They sure do!
Submitted By: Carl

The Poor Scions originally "The Scorpions"
For those who can only afford funny looking cars.
Submitted by: Rocky

"(Marie's The Name) His Latest Flame"
The band's cover of a song popularized by Elvis Presley; it was originally recorded by Del Shannon. The song is listed after "Lonely Nights" on the US edition of "Face The Heat," released in 1993.
Submitted by: Joey F.
"Marie's the Name(Of His Latest Flame)"
When listening to the Face the Heat album on CD, let the last track(Lonely Nights) continue after the song ends and you will hear a very good cover of the Elvis Presley song
Submitted by: Robert

Bad For Good: The Very Best of Scorpions

Fly to the Rainbow