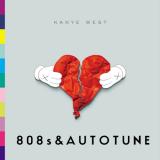 There are additional Kanye West Combined Groups that haven't been done yet available.

"Gold Digger"
In radio airplay, the n-word is replaced every time by the word "broke"; other inappropriate words are censored during radio broadcast and MTV plays as well.
Submitted by: dxman

"Vandalism"
When Kanye West visited Hawaii recently, he threw a paparazzi's camera. The paparazzi called for the police, but West said there was no police. Well eventually, West did get arrested.
Submitted by: Paul Warren

"Interrupting Other People's Acceptance Speeches "
Well Kanye not only flips out when he doesn't win but he also flips out when someone else doesn't win.
At the 2008 MTV Video Music Awards a drunken Kanye West jumped up on stage and interrupted Taylor Swift's acceptance speech to say that "Beyoncee Knowles had the best female video out there."
Beyoncee would later hand the microphone over to Taylor so that she could finish her speech.
Submitted by: Celeste
"Being a d*** at the VMA Awards"
Kanye West interrupted Taylor Swift's acceptance speech at the 2009 VMA's, causing huge controversy. He apologized the next day on the Jay Leno Show.
Submitted by: dxman
"Flipping out"
At the 2006 European Music Video Awards, after not winning an award for "Touch The Sky," he sweared and said "My video cost a million dollars, and had Pamela Anderson in it! If I don't win, the whole awards ceremony loses all credibility."
Submitted by: dxman