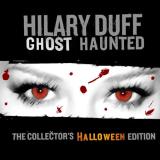 "Why Not"
Better Lyrics:
Why not take a crazy chance?

Why not pull down someone's pants?
Original Lyrics:
Why not take a crazy chance?

Why not do a crazy dance?
Submitted by: Hu's On First
"Come Clean"
Better Lyrics:
Let the rain fall down
And break my spleen
Let it wash away
My family
Original Lyrics:
Let the rain fall down
And wake my dreams
Let it wash away
My sanity
Submitted by: Ravenwolf
"So Yesterday"
Better Lyrics:
So cabbagey! So cabbagey!
She's just an idiot who doesn't know how to pee (hee hee)
Original Lyrics:
So yesterday, so yesterday!
Haven't you heard that I'm gonna be okay (okay)
Submitted by: tash

Hardly hid a fully fluffy, if furry, fairy flair. Submitted by: Amber Wayland
And that would mean.....

"So Yesterday"
This is pretty well-known, so I'm surprised it's not here. This may or may not be intentional, but when Hillary sings, "At least not today..." it says "Hail this Nazi Land" backwards. Try it yourself and see!
Submitted by: I refuse to tell