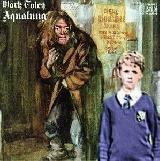 There are additional Jethro Tull Combined Groups that haven't been done yet available.

Don't just swim away half freezing.

You poor old cod, you see it's only me.
Original Lyrics:
Aqualung, my friend,

Don't you start away uneasy.

You poor old sod, you see, it's only me.
Submitted by: Parody Keet

"Locomotive Breath"
In 1971, Chrysalis Records changes the lyrics of this Jethro Tull rock song without the band's knowledge or consent. Label executives fear radio stations will not play the original, which contains the lyric, "got him by the balls."
Submitted by: Peter

"The Hare Who Lost His Spectacles"
"With so many out-takes worthy of inclusion, this unbeliveable piece of crap was deemed a cut above the rest!"
Submitted by: princejellyfish

Songs From the Wood The Broadsword and the Beast Thick As A Brick