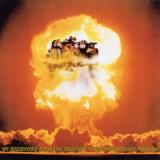 There are additional Jefferson Airplane Combined Groups that haven't been done yet available.

And one gives you a pussy,whereas once you had some balls

"White Rabbit"
In 1998, the high school band at Fort Zumwalt North High School in St. Louis is forbidden from playing Jefferson Airplane's 1967 hit "White Rabbit" because of drug references in the song's lyrics, even though the band's version of the song is entirely instrumental.
Submitted by: Peter

Live at the Fillmore East