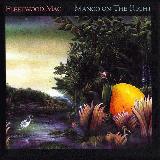 "Twinkie King" by Below Average Dave
a parody of "Silver Springs" by Fleetwood Mac
Written in 2008, and recorded that same year, Dave's original performance was one of eh-let's get it over with. Revisiting all these classics is giving me lots of new fun ideas, not sure when I'm going to be ready to jump back in the fray, but this was a fun one this time around.
Soundclick: (mp3)
(Leave a Comment)

There are additional Fleetwood Mac Combined Groups that haven't been done yet available.

"Not That Funny" Length: 9:04
From the 1980 Fleetwood Mac live album. They took a bad song from Tusk that was already way too long at 3:11 and made it excruciating. IMO this is the worst track ever released by Fleetwood Mac.
Submitted by: Jeffrey Kasten
"Oh Well" Length: 9:00
This may be Fleetwood Mac's longest song to date and the most experimental for them as well.
Submitted by: Paul Warren