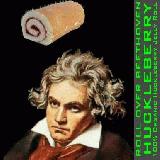 The Holly Berries
The Hollies combined with Chuck Berry
Submitted By: Candy Welty

"No Particular Place to Go"
Better Lyrics:
Riding along in the sleek Batmobile
With Batman beside me at the wheel
Cruising along at ten seconds per mile
We stop the Joker running wild
Now Alfred is on the radio
To Arkham Asylum we must go
Original Lyrics:
Riding along in my automobile
My baby beside me at the wheel
I stole a kiss at the turn of a mile
My curiosity runnin' wild
Crusin' and playin' the radio
With no particular place to go
Submitted by: Sheogorath
"Johnny B. Goode"
Better Lyrics:
Debate in Michigan, hopes of Cain comin’ clean,
Eight Republicans there, what a media scene
Perry stumbled, loss of words… misunderstood?
Dept. of Energy… uh… Oops! So stupid!
Texas education might explain it so well,
But his gaffe cost him as his numbers then fell!!!

[Chorus]
So So
Slow. Perry So
So Slow
Perry’s stupid!!!
Original Lyrics:
Deep down Louisiana close to New Orleans,
Way back up in the woods among the evergreens
There stood a log cabin made of earth and wood,
Where lived a country boy named of Johnny B. Goode
Who never ever learned to read or write so well,
But he could play the guitar like ringing a bell.

"Pornography"
Chuck had a secret video camera in a convenience store womans bathroom. All charges were dropped against him.
Submitted by: Glenn Rousseau
"Interstate transportation of a prostitute"
While in Mexico, he met a 14-year old Apache woman that he invited to work as a hat check girl at his club. After she was fired, she was arrested on prostitution charges, and Chuck Berry was essentially blamed for having "transported a female for immoral purposes." He was sentenced to five years and fined ,000
Submitted by: Ra'akone
"Armed Robbery"
In 1944, when his car broke down, he and a bunch of his friends waited, and flagged down a passing car. Chuck then carjacked the car using a non-functional gun. The man used a pay-phone, and the police quickly caught them. Chuck Berry was sentenced, and then released from the Intermediate Reformatory for Young Men in Algoa, Missouri, when he turned 21.
Submitted by: Ra'akone

"My Ding-a-ling"
Though this is Chuck Berry's dirtiest song, it actually got on Dr. Demento's Radio Show.
Submitted by: Paul Warren

"Rock in Space"
The Voyager 1 and 2 each have a special gold LP disk record that has on the exterior pictures of a nude male + female couple and several other references to humanity, planet Earth and where it is, the location of our solar system, etc. Play the LP on the spacecraft's player and aliens coming upon these probes will hear recorded messages, greetings in several languages, sounds of nature and more incl. music. "Johnny B. Goode" by Chuck Berry is one of the songs featured,
Submitted by: Interstellar Overdrive
"Coprophilia and just being an all around perv..."
If it weren't for Berry's bridging the gap between blues and rock, there would BE no rock. But now, he's only known for voyeurism....and that other thing.
Submitted by: Gary Phelps