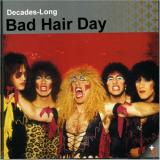 There are additional Twisted Sister Combined Groups that haven't been done yet available.

"We're Not Gonna Take It"
Better Lyrics:
im not wearin braces
Original Lyrics:
were not gonna take it
Submitted by: white trash

"We're Not Gonna Take It"
Ranked high on the PMRC's Filthy Fifteen due largely in part to it's violent lyrical content.
Submitted by: Celeste

"We Represent The Lollipop Girl"
Hidden track on the Stay Hungry album, this acapella belter only lasts 30 seconds. Dee Snider's voice has been distorted to sound more like Frank Zappa's Central Scrutinizer than anything else in music. Outside the applicable for Am I Right box, think of the aliens from the Toy Story films. Dee sings "F*** you, we welcome you to munchkin land," and goes into the ongoing chorus line "We represent the lollipop girl." Best secret trackever, apart from that untitled one on Jagged Little Pill which I will write about as it is another interesting song done acapella.
Submitted by: Jakko Wakko

"Rated H for Humor."
in every TS tape card liner there is a paragraph that recommends how the listener should set up the stereo (bass, treble, etc.) for maximum full-spectrum audio enjoyment and listening pleasure, and so on and on... Then the last sentence in the paragraph sums it up by saying in other words to PLAY IT LOUD, MUTHA!
Submitted by: Turn It Up
"Dee Snider's appearance in a video game."
In 2001, Twisted Sister lead singer Dee Snider appeared in a video game called "Jak & Daxter: The Precursor Legacy". The game was popular but Dee never made another appearance in the series because his character was killed.
Submitted by: JeReMy

Girls Gone Wild DVD
Submitted by: I Wanna Rock!
Government program against incest
Do I really need to explain?
Submitted by: Jakko Wakko
Twister the movie
Do I have to draw a diagram?
Submitted by: Psycho Librarian Love Is for Suckers 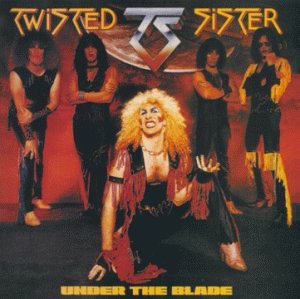