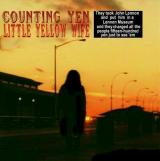 There are additional Counting Crows Combined Groups that haven't been done yet available.

Crowing Counts originally "Counting Crows"
Crows that turn into vampires.
Submitted by: No 1 In Particular

"Big Yellow Taxi"
After the last track on 'Hard Candy', there's a short silence, and the hidden track "Big Yellow Taxi" comes on. It's stupid how the secret track on the album is their most famous single, it's like Mika hiding "Grace Kelly" or Rihanna hiding "Umbrella"..........
Submitted by: rock music

Sesame Street
They could even go on and help with the counting.
Submitted by: Peter She Don't Want Nobody Near Across A Wire: Live In New York City