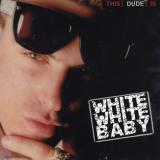 There are additional Vanilla Ice Combined Groups that haven't been done yet available.

A heads up: do gear-up for this mission
ICE is tasked with immigrant submission
Tackle, put the cuffs on tightly
Illegals goin' down daily and nightly
Will we ever stop? Only Trump knows
800,000 have got to go
To the extreme this might look like a scandal
But it is a target goal ICE can handle
Original Lyrics:
Yo, VIP, let's kick it!

"Ice Ice Baby "
Vanilla Ice was accused for stealing the bass line for his song "Ice Ice Baby" from the song "Under Pressure" by Queen and David Bowie. This case never went to trial, although rumor has it that the copyright holders of Under Pressure threatened suit and settled with Vanilla out of court for an undisclosed sum.
Submitted by: Shelby
"Ice Ice Baby"
Vanilla Ice drew controversy by claiming that he owed no royalties for sampling "Under Pressure", citing one minor alteration to the bass line. Although no lawsuit was ever filed, the rapper supposedly settled out of court, and songwriting credit was retroactively given to Bowie and the members of Queen. (from wikipedia)
Submitted by: Ramon

"messing with the Material Girl"
he was in an 8 month romantic relationship with Madonna during 1990 - 1991. Some of the pictures in her 1992 porno book "Sex" feature Vanilla Ice.
Submitted by: I Remember Now
"arrest for theft"
he got arrested in 2015 for theft from a house in Florida that's in his home improvement reality TV show. In 1991 he was busted for another kind of theft by David Bowie and Queen. (Editor's note: Please do not refer to items as "recent". At some point, they won't be.)
Submitted by: U Got Criminal Cred Now
"home improvement reality TV show"
that's right. It's been on the DIY network for four seasons now.
Submitted by: Am I Hallucinating?
"Big Dud Movie"
"Cool As Ice" debuted in the cinemas in October 1991 to generally terrible critical reviews. It was released on VHS in early December, shortly before Christmas. This movie had none of the marquee value Vanilla Ice had earlier that year with his role in Teenage Mutant Ninja Turtles II and his song "Ninja Rap".
Submitted by: I Remember Now