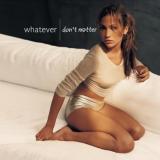 Frozen Jeep: Nil Submitted by: Joe
The best I could do with her name.