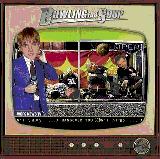 There are additional Bowling for Soup Combined Groups that haven't been done yet available.

"Girl All The Bad Guys Want"
Better Lyrics:
One o'clock Saturday morning and I'm trying
To avoid a guy a little grosser than me
His name is
Original Lyrics:
Six o'clock Friday night and I'm waiting
To meet a girl a little cooler than me
Her name is Lola, she's a rocker with a nose ring
She wears a two-way but I'm not quite sure what that means
Submitted by: rosie

"Belgium"
On their album "Drunk Enough to Dance", track 20 is "Other Girls". After that song ends, there's a minute or two of silence, then another song starts, apparently named "Belgium". It's about a long-distance relationship. You can Google the lyrics.
Submitted by: RevengeFromMars YouTube Let's Do It for Johnny! Rock On Honorable Ones!!!