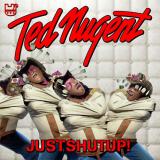 ""South Should Have Won" Comment"
Ted Nugent says that the United States might be better off if the South had won the Civil War. The rocker wrote an op-ed piece for the Washington Times blasting Chief Justice John Roberts for his "traitor vote" on healthcare, adding that Roberts "squandered the opportunity to restore judicial, financial, and legislative unity to a government that by any sane person's standards is insane and addicted to centralized federal control of our lives." He claims that the branches of government hold the 10th Amendment in contempt and that Our Founding Fathers concept of limited government is dead.
Submitted by: Robert D. Arndt Jr.
"His ultra-Conservative views"
Nugent, a meat-eating Republican who supports guns and hunting, insulted both Obama and Hilary Clinton during a concert on August 21, 2007 while the two were campaigning for the Democratic Presidential election. Nugent also defended his anti-Obama rhetoric by comparing himself to "a black Jew at a Nazi-Klan rally"..
Submitted by: Rocky Rhodes
"Ranchin', Racin' and Arresting"
Once owned (with partners) the tenth largest dairy farm in the US. He also had a large dirt track on his ranch in Michigan- a house that he had to leave due to deadly mold spores. The Nuge has also been deputized in both Michigan and Texas.
Submitted by: hoodwink19
"His controversial views on the late Kurt Cobain"
Nugent, a raving Conservative, went on the radio show "Rockline". When a listener asked him why Kurt Cobain wasn't on his list of great rock artists, Nugent called the late Cobain "an example of disgusting self-denial." Nugent added: "I didn't like him, I'm glad he's dead. And the only way that girl, Kurt Cobain's daughter (Frances Bean, who was still an infant), will have a normal childhood is when that worthless, addicted slut of a mother (Courtney Love) dies, and she'll be given to parents that give a damn." I don't think Nugent was invited back on the show.
Submitted by: rocky