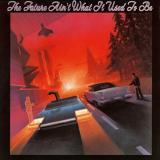 Known informally as: The Godfather of Grunge. Submitted by: Robert D. Arndt Jr.

Known informally as: The Godfather of Grunge. Submitted by: James

There are additional Neil Young Combined Groups that haven't been done yet available.

"Cortez the Killer "
Better Lyrics:
Hank was just a legend

(When I was much younger and didn't grasp what this song was about, I genuinely thought Young was singing about the guitar prowess of Hank Marvin)
Original Lyrics:
Hate was just a legend
Submitted by: zippy got silly
"Needle and the damage done"
Better Lyrics:
I called up Crosby and I called up Nash,
I needed help cause I was out of hash,
gone, gone, the hash is gone
Original Lyrics:
I hit the city and I lost my band,
I watched the needle take another man,
Gone, gone, the damage done
Submitted by: Holly Harten
"Heart of Gold"
Better Lyrics:
And Sarah's gettin' some Olympic gold
Michelle's just gettin' old
Original Lyrics:
I'll keep on searchin' for a heart of gold
And I'm gettin' old
Submitted by: old

"Ramada Inn" Length: 16:49
Submitted by: Evan
"Ordinary People" Length: 18:13
This song is awesome, every verse sounds like the end of the song.
Submitted by: GUILLOTINEinc

I lounge on you, o no! Submitted by: hamburger456
Huh?

"Red - green colourblind "
It's apparently affected his painting hobby, so he needs to ask his friends to make sure the colours don't clash.
Submitted by: dayna
"partial parasylsis"
He can't feel much in his left hand due to a childhood case of polio.
Submitted by: dayna

"Chrome Dreams II"
A sequel to an unreleased album.
Submitted by: JD