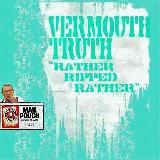 There are additional Sonic Youth Combined Groups that haven't been done yet available.

"Sugar Kane"
Better Lyrics:
I love the arcade game
Original Lyrics:
I like your sugar kane
Submitted by: DJ Kaito

"Diamond Sea, The" Length: 19:35
A very good song, despite the length and ear-splitting noise. There's also an alternate ending version, which is 25:50, and there's a radio edit, which is 5:26.
Submitted by: Shaun