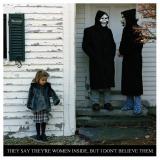 "Sexual misconduct accusation"
In late 2017, frontman of this group Jesse Lacey was accused of sexual misconduct by two women, both alleged these events occurred fifteen years prior when they were underage, while Lacey was in his mid-20s. Lacey then apologised publicly on Brand New's Facebook page and admitted that in the past he had a sex addiction, which he had sought treatment for over a decade before said allegations were officially made public.
Submitted by: POWERStarz2004

Any new product
Umm...cuz the product is brand new.
Submitted by: Travis