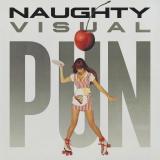 There are additional Warrant song titles with a letter changed available.

"XMAS Display" by Aaron Inc.
a parody of "Heaven" by Warrant
A little song about those tasteless christmas displays
Reverbnation: (Mp3)
(Leave a Comment)

"Cherry Pie"
Canadian music television network, MuchMusic refused to air the music video for "Cherry Pie", as they found both the song and the video itself to be sexist.
Submitted by: GlamRockNinjaLord The Best of Warrant