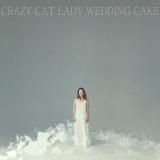 There are additional Traffic song titles with a letter changed available.

There are additional Traffic Combined Groups that haven't been done yet available.

"Low Spark Of High Heeled Boys" Length: 11:31
Made around the time FM radio wasn't all corporate controlled and the stations wanted to play these extremely lengthy songs .
Submitted by: Ray Pissed

"Berkshire Poppies"
This song is about drugs and you even hear the band laughing throughout!
Submitted by: Paul Warren Welcome to the Canteen When the Eagle Flies