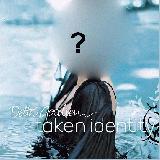 "Innocent Eyes"
Better Lyrics:
Do you remember when you were a kid at school?
You said you wanted to be a security guard
And all the kids laughed and said you're a retard!
Original Lyrics:
Do you remember when you were 15?
And the kids at school called you a fool cos you took the chance to dream
In the time that's past and the one thing that lasts
Is that same old song that we played along and made my daddy cry.
Submitted by: Darktruth

"Hodgkin's lymphoma"
When she discovered it, she was doing sit-ups and felt something wrong on her neck. The experience cut her promotion for Innocent Eyes and her character to be written off on Neighbours. But it also inspired "Mistaken Identity album".

It is known that her mother is battling breast cancer.
Submitted by: Rocky Mak

"Nobody Listened"
The final track of "Mistaken Identity" album was "You Are My Rock", but at 4:40, there's a very dark and angry song "Nobody Listened". This is supposed to be the true intro to the album, but since it would shock the fans as to why Delta's album was so dark, so it was well-hidden. One of the stables of Guy Chambers-directed albums
Submitted by: Rocky Mak