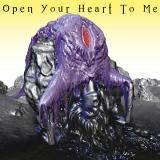 There are additional Bjork song titles with a letter added available.

There are additional Bjork song titles with a letter changed available.

"Wearing a "swan dress" at the Oscars"
After receiving acclaim (but not an Oscar nomination) for her role in "Dancer In The Dark, Bjork showed up at the 2001 Academy Awards in a dress made to look like a swan, with its head and neck used as a strap to hold the dress up. Many fashion experts both praised and derided her for her fashion sense and audacity.
Submitted by: Winona Skater
"Beating Up A Reporter While On Camera"
When the female reporter asked about Bjork's baby, she repeatedly punched the reporter while cameras were rolling. Bjork later apologized, and the reporter never pressed charges (as far as I know).
Submitted by: She