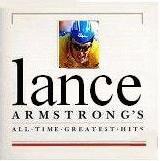 "What a One-Percent World" by Fred Landau, sung by Sheree Sano
a parody of "What a Wonderful World" by Louis Armstrong
"What A Wonderful World" from the 2017 parody perspective of Treasury Secretary Steven Mnuchin and his wife's Twitter feed.
YouTube: (YouTube, mp3)
(Leave a Comment)