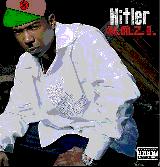 Also known as: Jeffrey Atkins. Submitted by: smarter than alana