There are additional Fiona Apple Combined Groups that haven't been done yet available.

"Cast As You Fan" originally "Fast As You Can"
Submitted by: Ruby Spinel When the Pawn Hits the Conflicts He Thinks Like a King... 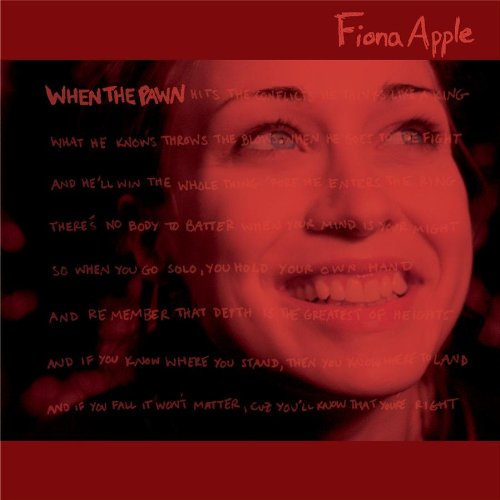