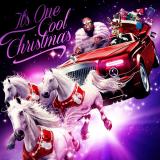 There are additional Cee-Lo Green Combined Groups that haven't been done yet available.

"F*** You"
I don’t even like playing this song. So it must be banned from my playlist (if I ever even HAD one). There is a clean version of this song titled “Forget You”. But it’s still a bit mean.
Submitted by: BrilliantJ8

"Yuck Foo" originally "Fuck You"
The spoonerism is just as obscene.
Submitted by: Guest Boy