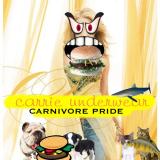 "Before He Cheats"
Better Lyrics:
I dipped my finger down inside

Of that little Krackel bar that I did buy

Hershey's chocolate soup is what I felt

I held the gooey bar up, and I took a bite

Teeth are swamped with choco-mire

Maybe, next time, I'll eat before it melts
Original Lyrics:
I dug my key into the side

Carved my name into his leather seats

I took a Louisville Slugger to both headlights

Slashed a hole in all four tires

"Kissing a 12 Year Old Boy"
At a concert in Louisville, Ky. a 12 year old male fan named Chase held up a sign asking Carrie for his first kiss. She obliged, held his hand and kissed him smack on the lips!!! Lucky kid...
Submitted by: Robert D. Arndt Jr.