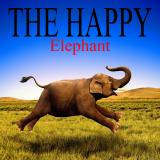 The Bone Ads Submitted by: Margaret (less massive than my name backwards) Homebrewed: Live from the Pabst