"Chain Motto Of Beth" originally "Bottom of the Chain"
Submitted by: Lucy Crosland

Dallas Own Nut originally "Alice Donut"
They only have one?!!
Submitted by: Rocky 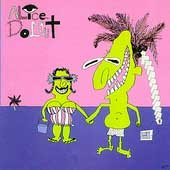 Revenge Fantasies of the Impotent