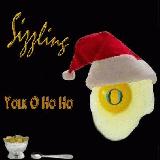 "Yoh-koh Oh-no
As in the US Olympic speed skater Apollo Ohno.
Submitted by: Beegles

KY... Ooo No!! Submitted by: The Quirkfetch Kid
Another anagram previously posted as spoonerism
O, OK No Yo Submitted by: George Straitjacket
What the fans & the other 3 Beatles said to John?

"Open Your Box"
Because of the suggestive lyrics and even suggestive title, it was banned by the BBC. Also, in the US, Capitol Records refused to release it, substituting it with another Yoko single, "Touch Me", on the B-Side of Lennon's "Power to the People"
Submitted by: Ra'akone

Oko Yo No originally "Yoko Ono"
How I think many feel about her singing.
Submitted by: Peter

"Kiss, Kiss, Kiss"
There are at least two backmasked messages in this song. The first is the title line that says "sick, sick, sick" or even "666" backwards. The second is more well known. The line "anata daiteyo" (which translates as "darling, hug me" can be reversed to sound like "I shot John Lennon".
Submitted by: A Stranger Happy Christmas (War Is Over) (En