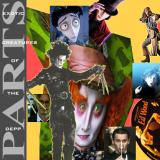 There are additional Sparks song titles with a letter removed available.

There are additional Sparks song titles with a letter changed available.

"Girl From Germany"
Banned by some US radio stations in 1972 due to Hitler references, despite being a song decrying postwar Germanophobia.
Submitted by: Horatio
"I Predict"
Video initially banned by MTV due to concerns that the Hitlerian Ron Mael performing a drag striptease was too disturbing.
Submitted by: Horatio
"Dick Around"
Banned from daytime airplay by BBC Radio London because of the title. There is no sexually explicit content in the song, "dick" here being an American term which loosely means "goofing off".
Submitted by: Horatio

"The Number One Song in Heaven" Length: 7:26
Submitted by: Evan

"Pry Edict" originally "I Predict"
Do edicts often need to be pried from anyone?
Submitted by: Linda Radnil The Best of Sparks