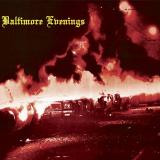 There are additional Dead Kennedys Combined Groups that haven't been done yet available.

"Too Drunk To F***"
First top 40 hit in the UK to have the F word in the title. Not surprisingly, Radio 1 and Top of the Pops refused to have anything to do with it. Many chart listings just called it "Too Drunk To" and Top 40 presenter Tony Blackburn called it "A record by the Dead Kennedys"
Submitted by: Ra'akone

"Nazi Punks Fuck Off" Length: 1:03
Submitted by: Evan
"Short Songs" Length: :28
At a mere 28 seconds, Jello Biafra leaves you with no doubt that he likes short songs.
Submitted by: The Skuz Give Me Convenience or Give Me Death Mutiny on the Bay