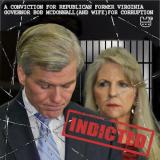 "What I Go to School For"
Better Lyrics:
That’s what I go to work for
'Cos it's all about survival
I gotta make a living
My kids are getting rickets
Original Lyrics:
That’s what I go to school for
Even though it is a real bore
You can call me crazy
I know that she craves me
Submitted by: Sheogorath
"Year 3000"
Better Lyrics:
One Day
When I left home
At breakfast
I smelt a funny smell
Went out, to the front yard
To find out
If someone lit our barbecue
Stood there
Was Charlotte, and Scarlett and a blobby cake
They said that they'd broke our barbecue
They'd buy us a new one too
No, no.

They said they'd been to the barbecue shop
Not much has changed but the prices have gone up
And the great great great granddaddy, of barbecues
Is pretty old
Original Lyrics:
One day
When I came home
At lunchtime
I heard a funny noise
Went out, to the back yard
To find out
If it was one of those rowdy boys
Stood there
Was my neighbour, called Peter and a Flux Capasitor
He told me he built a time-machine
Like one in a film I've seen
Yeah,yeah.

Ted's Bus Submitted by: CherryCokeLover
Oooer, someones not letting anyone on his own bus.