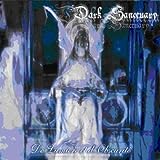 De Lumiere Er L'obscure album at Amazon.com
Sanctuary's, "Future Tense"
The dated Lyrics:
So ends a decade now what will the nineties hold
Why They're dated:
Because the 90s are over now. This song was released in early 1990.
Submitted by: teababe27