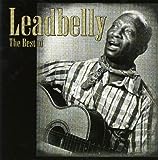 Best of album at Amazon.com
Lead Belly's, "Jim Crow Blues"
The dated Lyrics:
You're gonna find some Jim Crow
Every place you go
Why They're dated:
The "Jim Crow" laws, which sanctioned racial segregation in public and state-run buildings and facilities throughout the United States, were repealed by virtue of the Civil Rights Act in 1964.
Submitted by: Raphael