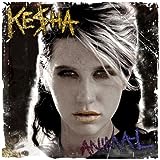 Animal album at Amazon.com
Kesha's, "Tik Tok"
The dated Lyrics:
Wake up in the mornin' feelin' like P Diddy
Why They're dated:
Sean Combs' most recent material was released under his old "Puff Daddy" stage name (and even then his stage name was officially simply "Diddy" at the time this song was released)
Submitted by: Kerry