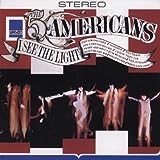 I See the Light album at Amazon.com
The Five Americans', "Western Union"
The dated Lyrics:
Fifteen cents a word to read
A telegram I didn't need
Why They're dated:
Western Union discontinued telegrams in 2006; instead, they're a service you use to wire money to someone.
Submitted by: crazydon